What's This Project About?

What would happen to road traffic if we removed lanes? In this project, we have investigated possible effects of automatic vehicles and removal of lanes. The goal of the project has been to increase the efficiency of already existing roads while at the same time reduce the costs of building new ones. 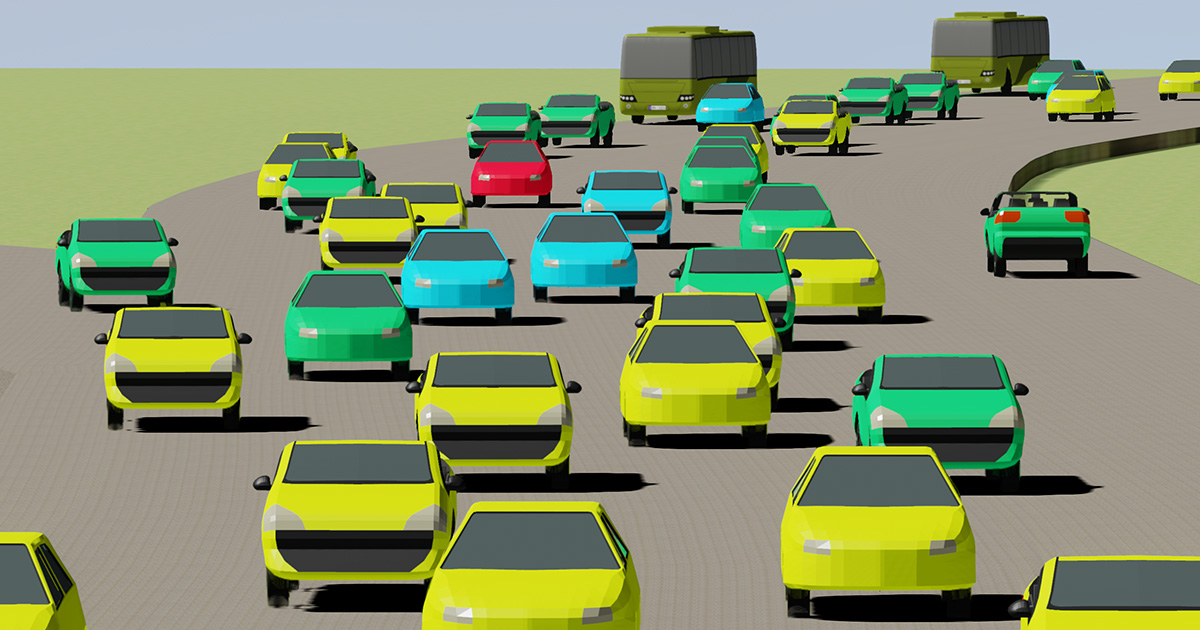 For implementing the simulations we have used Unreal Engine 4. We created a roughly 400m long road segment with curves where we had vehicles driving in both directions. The personal cars had to avoid each other, yield to emergency vehicles, yield to buses, and of course, remain on the road the whole time. We also implemented an entrance ramp and demonstrated that steering behaviors can handle merging traffic.

This project is the result of a master's project by Sindre Ilebekk Johansen (@sindreij) and Andreas Sløgedal Løvland (@andrlov), and has been a joint effort of the Norwegian University of Science and Technology and The Norwegian Public Roads Administration.